Kylehughesodgers and Kid Acne piece completed on Thursday, photographed on Friday, dogged by Saturday. It does sadden me that some people feel the need to destroy others work. 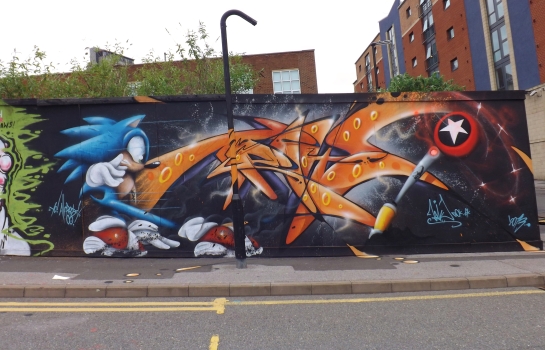 Trik9 likes Sonic the hedgehog, a lot! Lucky us! Another glorious piece in the city centre.

Gzos and Jaer go large with a production loosely based on zombies. West Street Wasters, I’m guessing, is a parody of  the drug and drink addicts of the city centre.

Boms and CoLor have gone large too, Eug even…

Sour painted a board for the Knife and Folk Summer Weekender Event at the Riverside, as did several other local artists.

As part of the same event, Faunagraphic and CoLor collaborated on a fantastic wall that I still need to get a completed shot of.

An artist new to me, Leeks, like this character much.

Some people you just have to admire for getting up and out there, Mr Danks and Erase, on it !… 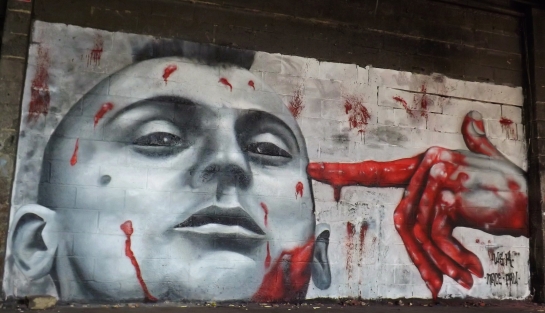 …And others you have to admire for just being awesome. Pawski and Mace with Travis Bickle from Taxi Driver, wonderful beyond words. 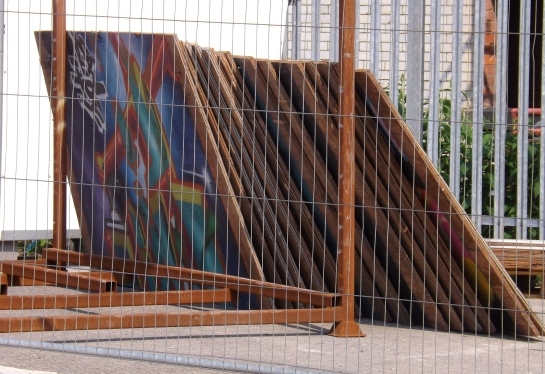 The end of an era? The Matilda Street boards have sadly come down, one little corner of the city looks a little less colourful now……it’s a good job there’s still plenty of others 😉

One thought on “Summer Fun and Madness!”