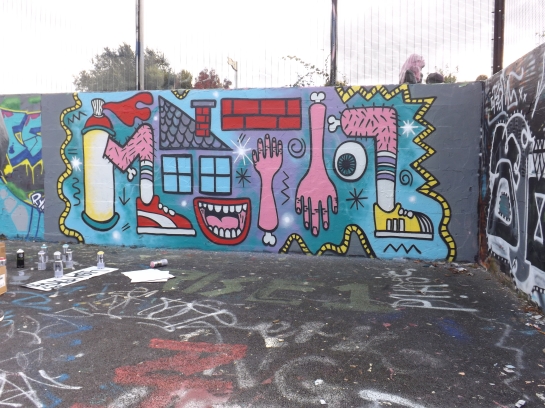 Due to the glorious english summer weather, the Sharrow Festival had to be rearranged for October. Unfortunately this meant that a number of the artists were unable to reschedule, but there was still a good turnout. Meth had got done early. 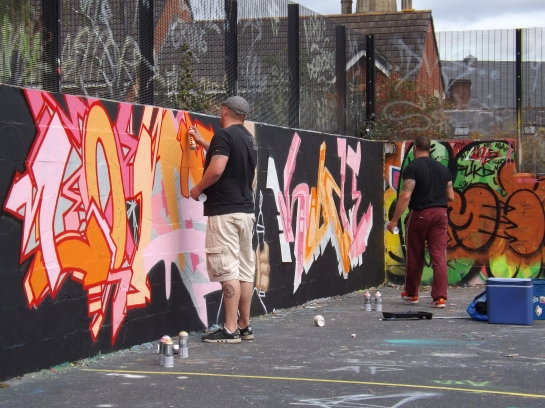 Kode and Lone were on it. 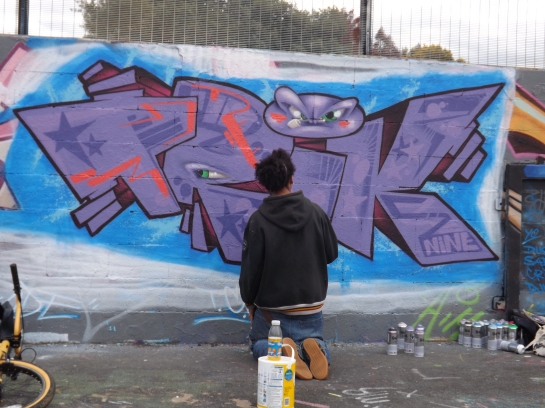 Trik 9 did a spot of painting between rounds of breakdancing. 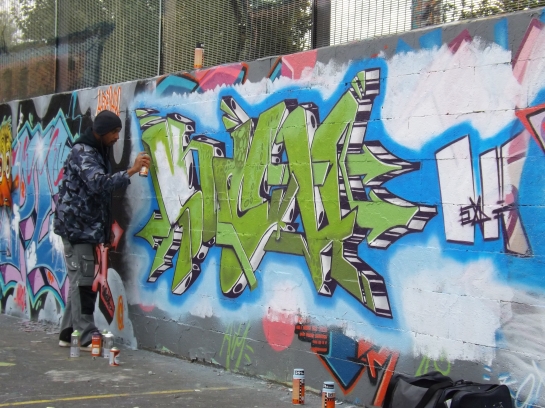 Such, co-ordinator of the graff jam, doing his thing. 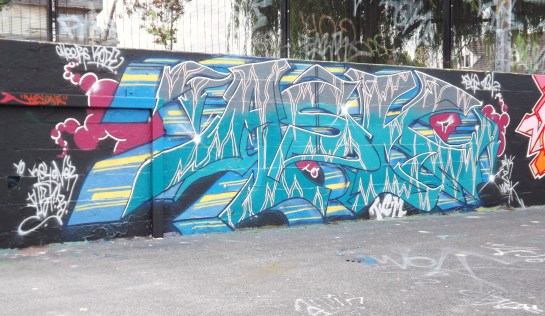 Old school legend Ask painted for the first time in what was apparently a long time, a really impressive piece too. 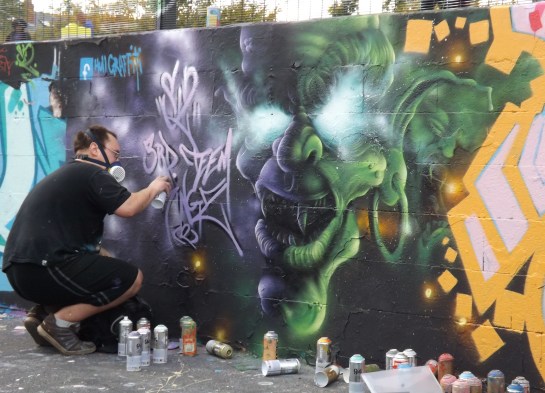 Si2, Hull Graffiti made it over to do one of his fantastic works. 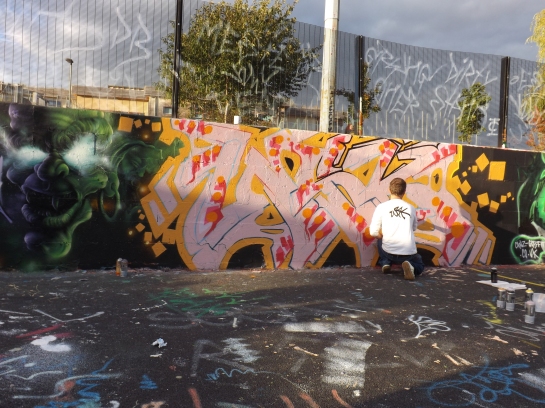 Duse was on it, and hopefully would finish before it got dark! 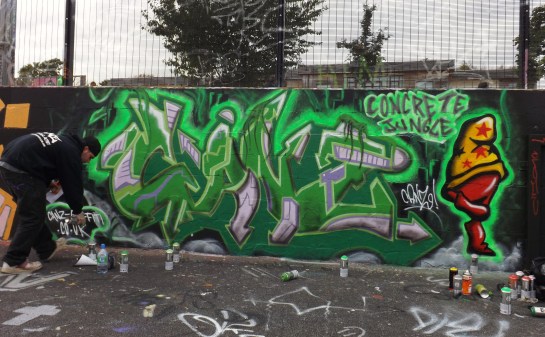 Canz did one of his best pieces to date.

As I was still in the wheelchair, we didn’t stay too late as it soon turns cold when you’re just sat. I was glad I went though and hopefully the jam will be back in more seasonable weather next summer.